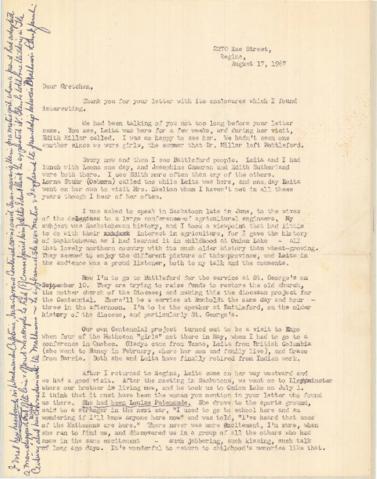 Kate Gretchen Clink was born 7 Jul 1892 to Catherine Ann Shaw and Daniel Livingston Clink in Hobbema, Alberta. She moved with her parents and siblings, Walter and Ewan, to British Columbia when her father took ownership of a mill. When her father retired, the family moved to Battleford, Saskatchewan.

While all of her family remained in Battleford, Saskatchewan, Gretchen travelled and worked around the world, including California, Phoenix, and Hamilton, Bermuda. Gretchen worked predominantly as a housekeeper in hotels.