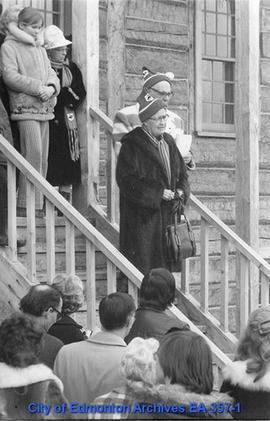 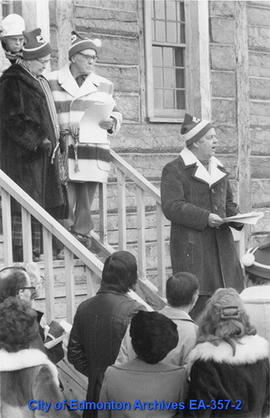 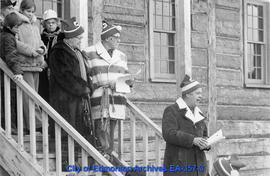 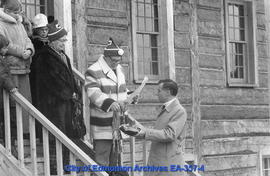 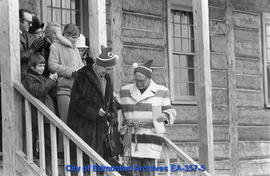 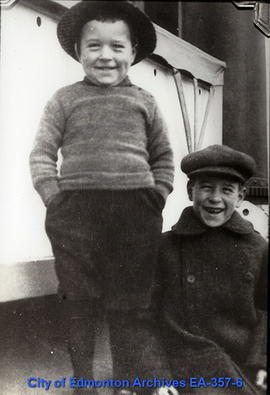 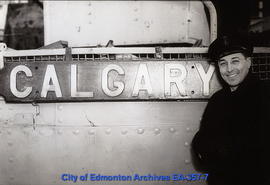 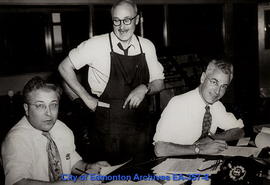 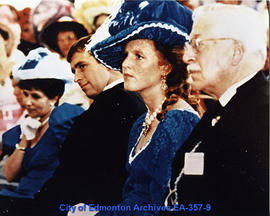 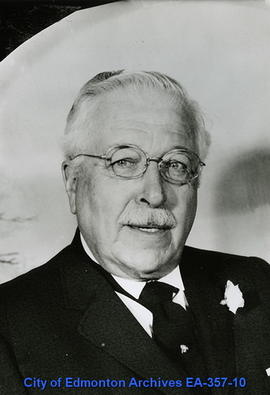 George H. Stout was born on 22 Sep 1915, son of early Strathcona pioneers Clarence and Jesie Stout. George attended school in Edmonton at Allendale and Queen Alexandra School before his parents moved to Calgary. George attended school in Calgary and worked at both the Calgary Herald and Calgary Albertan newspapers before returning to Edmonton in 1940 for a position at the Edmonton Journal. George enlisted in the Royal Canadian Navy in 1942 and served until 1945.

Following the Second World War, George returned to the Edmonton Journal where he worked as Night Editor, City Editor and News Editor. In 1947, he married Grace Moore Piper of Fort William, Ontario. Grace, who had earned a Bachelor of Arts degree from the University of Toronto and a Master's degree from Columbia University School of Journalism in New York, began working at the Edmonton Journal as society editor. The couple had three children together: Corey, Janet, and Cynthia. In 1963, the Stouts left Edmonton and moved to Tweed, Ontario where Georgia and Grace owned and managed a local paper, The Tweed News. Grace fell ill and the Stout family returned to Edmonton in the summer of 1964. Grace passed away in October of that year.

George was an active community volunteer. In 1968, he joined the Rotary Club of South Edmonton (later the Rotary of Edmonton South) and from 1974 to 1998, he assisted the Club in its staging of Harvest Fair at Fort Edmonton Park. He became a charter member of the Fort Edmonton Historical Foundation in 1971 and served as its director from 1972 to 1986 and then again in 1990. For twenty-five years, from 1981 to 2006, George spent his summers as an interpreter at Fort Edmonton Park in the Bulletin Building portraying Frank Oliver, Publisher. He was Honorary Chief Factor of Fort Edmonton from 1987 to 1988 and for several years during the 1980s, he was on the Board of Directors of the Old Strathcona Foundation.

This fonds was donated to the City of Edmonton Archives by George Stout in four donations between 1920 and 2000.

The material was arranged by the archivist by subject.
The photographs were assigned item numbers with the prefix EA-357.