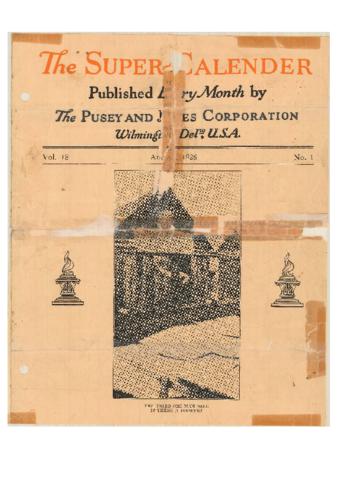 George Knowles Guild was born in 1869 in Bucksburn, Aberdeenshire, Scotland. George came from a family of paper makers and started working in the paper mills of Scotland at the age of 13. In working his way up from a beater boy to eventually mill manager, George became experienced in making all grades of paper.

In 1897 George married Alice Whiteley. They had seven children between 1894 and 1908 – David, Walter, Stanley, Edith, Harry, Mary, and Norman. Their son David emigrated to Canada in 1912, settling in Edmonton. George and sons Walter and Stanley followed in 1913, though George initially worked in a paper mill in Ocean Falls, B.C., before settling in Edmonton. The remainder of the family emigrated to Edmonton in 1914.

George initially tried to create a paper mill company, however due to lack of funds, he opened a smaller operation. George Guild’s Pioneer Paper Mill was the first ‘one man shop’ paper mill in Edmonton. In 1936 George sought a patent for the method of preparing raw materials for the purpose of converting them into paper.

Norman Guild is the son of George K. Guild.

This fonds was donated to the City of Edmonton Archives by Norman Guild in 1961.