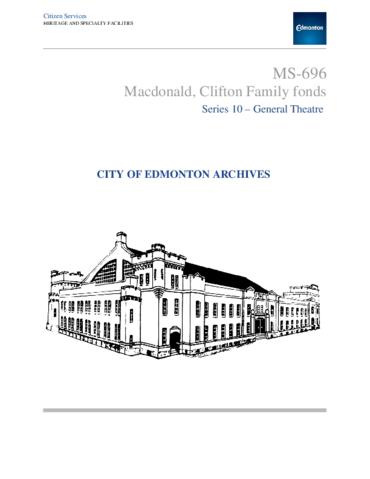 The Macdonald and Clifton families were prominent in the theatre, legal, and military communities in Edmonton.

Bruce Fraser Macdonald, Alan’s brother, was a decorated officer in the Canadian military, and served for nearly 30 years.

The material was arranged by the archivist by format, and then by date.