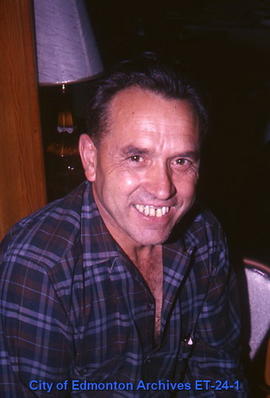 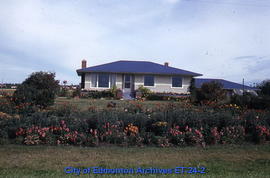 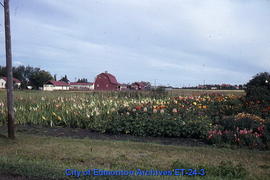 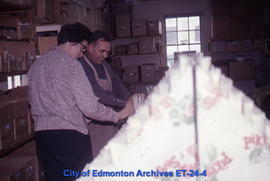 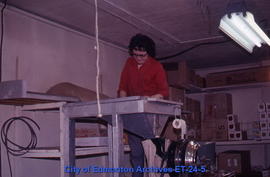 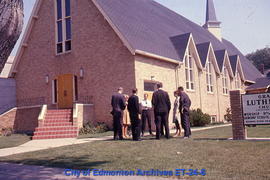 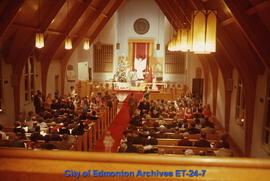 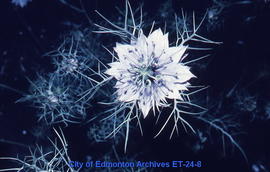 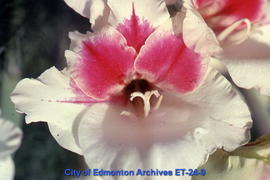 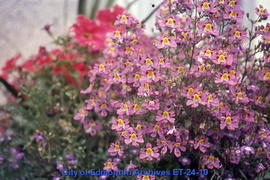 The couple lived briefly in Bruce before moving to Edmonton in 1950, where they bought the Belmont General Store at 137 Avenue and 50th Street. They sold the business in 1958 and, in the spring of 1959, Walter began to work for Pike Seeds, staying to become sales manager and eventually part owner. Pike Seeds was sold in 1982 to McKenzie Seeds in Brandon, Manitoba and Walter retired.

Walter was a very keen gardener and a long time member of the Edmonton Horticultural Society. He grew flowers (especially gladioli and dahlias) for pleasure and for show. Ethel was a keen cook and they preserved much of the produce from their kitchen garden.

The Dorins were long time members of the Grace Lutheran Church at 99 Avenue and 114 Street in the Oliver neighbourhood. Walter Dorin died on June 11, 2011. Ethel Dorin died in 2015 at the age of 91.

The fonds consists of photographs of various flowers and floral arrangements, a long-time passion of Ethel Dorin. Some capture scenes of Walter Dorin working at Pike Seeds, the Dorin family home and acreage, and Grace Lutheran Church.

This fonds was donated to the City of Edmonton Archives by Ethel M. Dorin in 2006.

The material was arranged according to the filing system of the creator.
The photographs were assigned item numbers with the prefix ET-24.

Copyright held by the City of Edmonton.
Reproduction restrictions may apply.