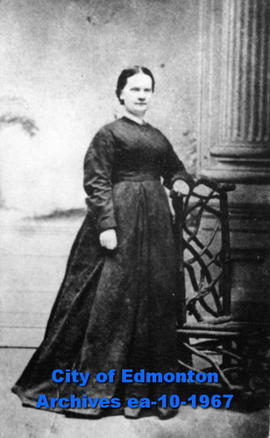 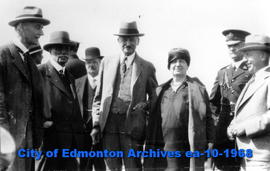 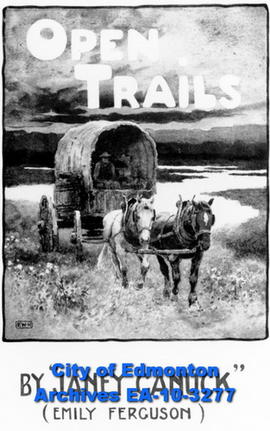 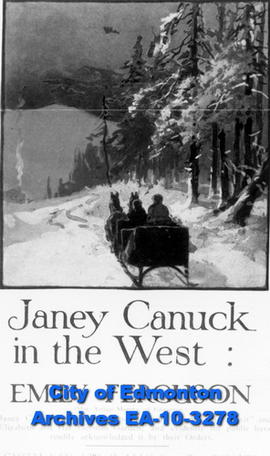 Emily Ferguson was born on 14 Mar 1868, near Cookstown, Ontario. In 1887 she married the Reverend Arthur Murphy, and in 1907, they and their children moved to Edmonton. Mrs. Murphy was a successful author of books and articles under the pen-name of Janey Canuck including the 1922 monograph Black Candle about drug use in Canada. In 1916 she became the first woman police magistrate in the British Empire. She held numerous executive positions on many women's social, professional, and political organizations and she campaigned tirelessly for numerous social and family welfare issues. She led the successful movement for legal recognition of women as persons in Canada, known as "the Persons Case".
Emily Murphy died in 1933.

Evelyn Murphy is the daughter of Emily Murphy.

The fonds consists of a series of scrapbooks compiled by Emily Murphy covering all aspects of her varied career and dating from 1906 to 1933. The records include correspondence, reports and other material relating to her work as a magistrate as well as manuscripts of some of her many articles. Some of the material relating to Mrs. Murphy was collected by her daughter, Evelyn Gowan Murphy, after Mrs. Murphy died. Scrapbooks include clippings concerning the death of Arthur Murphy and the lives of Evelyn and her sister, Emily Kenwood.
The photographs include 2 of Emily Murphy and 2 of dust jackets from her books “Janey Canuck In The West” and “Open Trails”.
The material was arranged as follows:

This fonds was donated to the City of Edmonton Archives by Evelyn Murphy in 1957 and 1962, in association with the Northern Alberta Pioneers and Old Timers Association.

The textual records were arranged by the archivist by subject.
The photographs were assigned item numbers with the prefix EA-10.

The fonds was copied for preservation and access purposes.
The photocopy access copy and microfilm copies are available at repository.