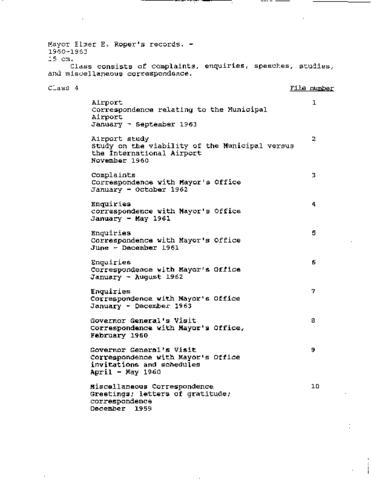 This material was transferred to the City of Edmonton Archives by City administration in 1975 and 1977.