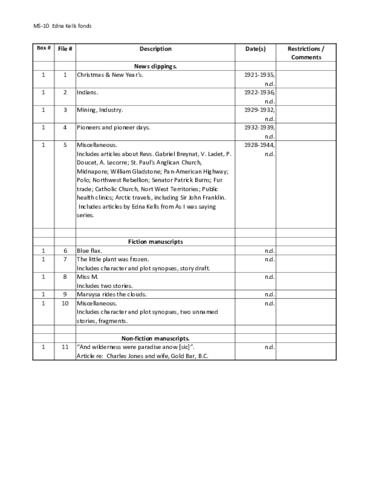 Clara Myles was the sister of Edna Kells. It is not certain how Anne Lightfoot acquired the material.

The material was arranged by the archivist by subject.