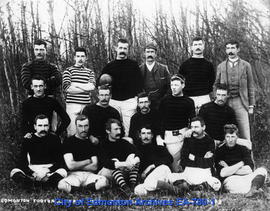 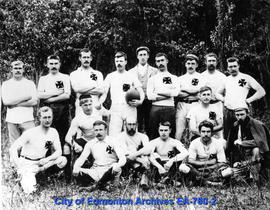 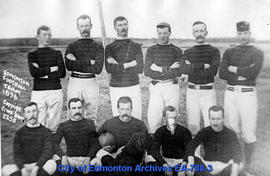 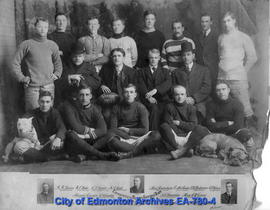 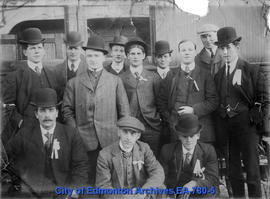 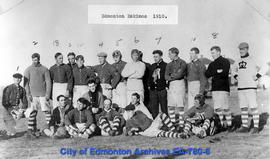 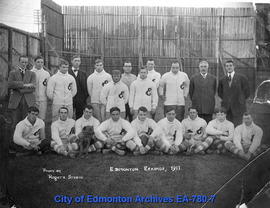 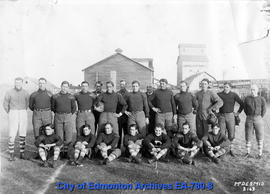 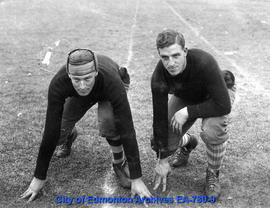 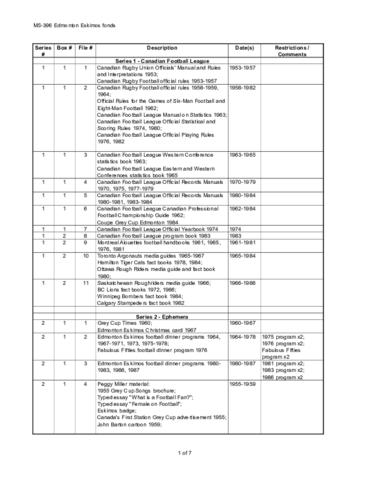 5 m of textual records and other material

The modern incarnation of the Edmonton Eskimo Football Club was founded in 1949, although its predecessors date back as far as 1892, when an Edmontonian team was created in response to a challenge from Calgary and went on to win its first game. Three years later, a combined team of Edmonton and Fort Saskatchewan players won the first Alberta Rugby Football Championship.

In 1908 the Edmonton Rugby Football Club was reorganized as the Esquimaux, a nickname it had acquired as early as 1897 from a Calgary sportswriter. The spelling was changed to Eskimos in 1910. In 1921, the Eskimos became the first Western Canadian football team to compete in the Grey Cup, but were defeated by the Toronto Argonauts. Following this and a subsequent loss in the 1922 Grey Cup, the Eskimos largely retreated from the football scene, making brief reappearances before being revived in 1949 as the publically-owned Edmonton Eskimo Rugby Football Club. ‘Rugby’ was dropped from the name in 1952.

Their first Grey Cup championship season came in 1954 under coach Frank ‘Pop’ Ivy and was immediately followed by two others in the succeeding years. In 1964, the Eskimo leadership was reorganized with the establishment of a nine- (later ten-) person Board of Directors and an explicit set of guidelines to replace its original ‘Articles of Association.’ From 1978 to 1982 the Eskimos won an unprecedented five championships in a row. The team continues to be a popular organization in the city, having won 13 Grey Cup championships. In June 2021, the team officially changed their name to the Edmonton Elks.

The material was arranged by the archivist by type of record, and/or in chronological order.
The photographs were assigned item numbers with the prefix EA-780.

Some scrapbook material is fragile - handle with extra care.