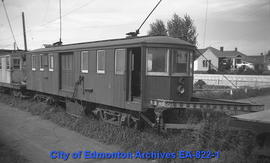 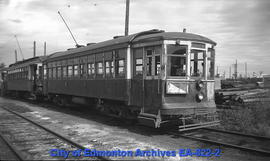 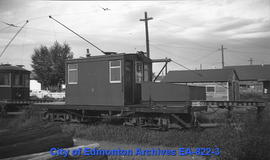 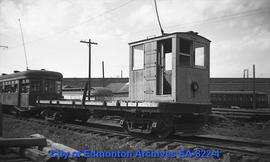 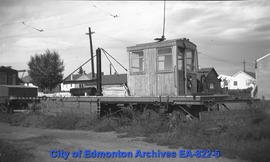 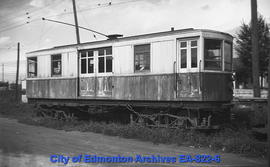 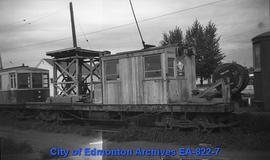 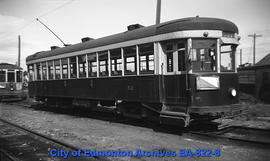 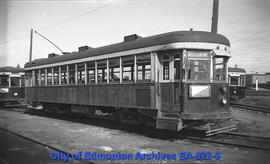 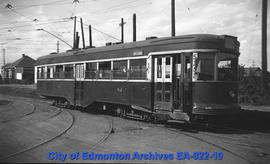 A longtime resident of Edmonton, he taught in the Faculty of Education at the University of Alberta and received the title of Professor Emeritus upon his retirement. Parker’s interest in numerous historical topics made him a frequent researcher at, as well as donor to, the City of Edmonton Archives.

Particularly drawn to the history of public transportation, he wrote a number of books and articles on the topic, including “The Brandon Municipal Railway” (Canadian Rail, No. 168), ‘Interurban to St. Albert: the Edmonton Interurban Railway (co-authored with Raymond Corley), and ‘No Horsecars in Paradise’, about the street railway in British Columbia prior to 1897. Parker belonged to the Edmonton Radial Railway Society.

This fonds was donated to the City of Edmonton Archives by Douglas Parker in 1995 and 2012.

The files were originally in two binders (file 1 = binder 1; file 2 = binder 2).
The manuscript in file 2 is not a final draft; typed excerpts are similar but not identical to those in file 1.
The photographs in the research notes are from the collections at the City of Edmonton Archives and the Provincial Archives of Alberta.