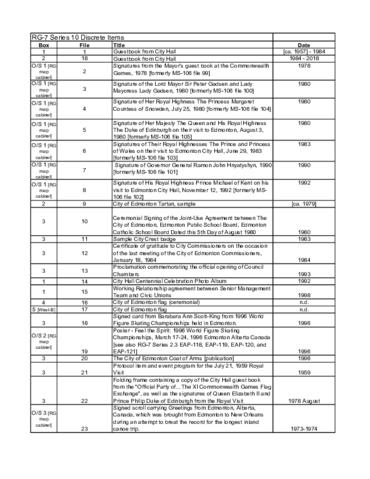 1.25 m of textual records and other material

This material was transferred to the Archives by the Corporate Communications Department via the Corporate Records Centre between 1983 and 2021.

This series also contains a laminated photo album, two flags, a sample of the City tartan, and an embroidered City crest.