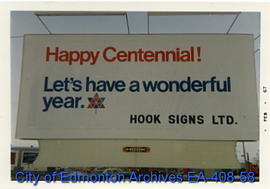 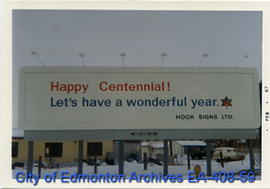 1.8 m of textual records and other material

In January of 1962, Edmonton's Finance Committee recommended to City Council that a Centennial Committee be established to look into restoring Fort Edmonton for the Centennial. From this request grew the Edmonton Civic Centennial Council, an arms-length organization dedicated to coordinating Centennial activities in Edmonton.

The Committee was managed by an executive directorate of representatives from civic government, business and industry, citizen organizations, and voluntary community groups. They reported to the City Commissioners.

This material was transferred to the Archives by the Civic Centennial Committee in 1979 and 1980.

The photographs were assigned item numbers with the prefix EA-408.

Some file titles are based on information given by the creator of the work. Archivists keep those titles to provide context even though they may contain inappropriate or offensive language.
Accession numbers: A79-104, A80-88