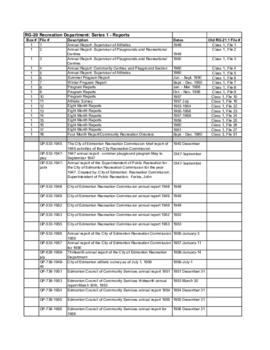 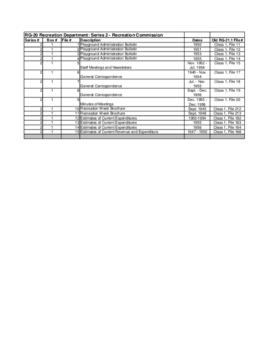 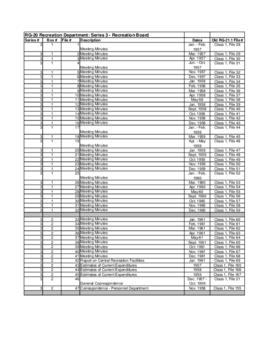 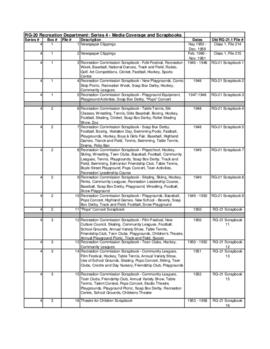 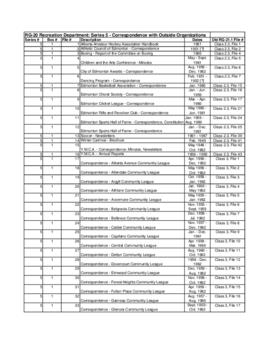 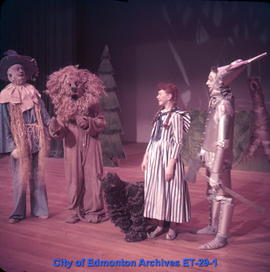 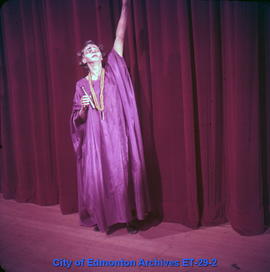 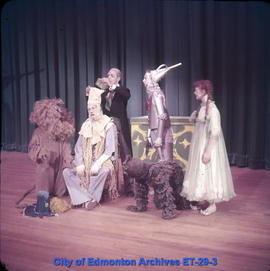 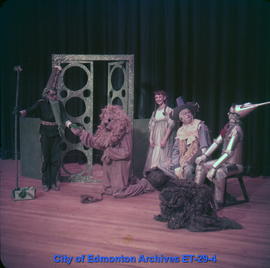 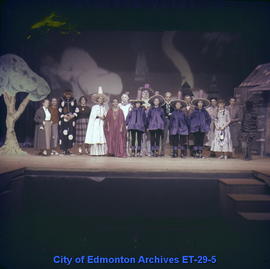 The core function of the Recreation Department was to provide recreational opportunities for citizens of all ages. These included playgrounds and tot lots, sports, soap box derby races, and indoor activities such as friendship clubs, dramatics, dance, art, and handicrafts. To carry out these duties the Recreation Department had to plan for and maintain various sites throughout the city, though as of 1952 outdoor recreation areas other than school property were developed and maintained by the Parks Department. The Department also had to coordinate with numerous other organizations within the city that had an interest in promoting recreation or owned property used for recreation.

Before 1948 the department consisted of only a few employees to administer recreational activities, and a group of clerical staff (including an accountant) to handle administrative tasks. In 1948 two sections were added: Athletics, and Playgrounds and Centres. By 1952 a Recreation Building section had been created to run the City Recreation Building, out of which numerous recreational programs operated. In 1958 an Expressive Arts Section was established to oversee activities such as dramatics, art and handicrafts.

This material was transferred to the City of Edmonton Archives by the Parks and Recreation Department in 1973 and 1979.

The material was arranged by the archivist by subject. Some reports were given item numbers with the prefix GP.

Some photographs from this accession were processed and described as EA-20. Because the photographs were removed from their context without separation sheets, it is not known which photos are associated with RG-20, RG-21, or RG-22. Researchers interested in photographs from the Recreation Department should see EA-20.

The material in Series 1-5 was originally processed as part of RG-21.1. As part of the continued processing of RG-21 (Parks and Recreation Department) it was determined that the files comprising RG-20 were actually created by the Recreation Department. Reflecting this administrative independence, the files were removed and became RG-20. The finding aid includes the former numbering system to facilitate cross-referencing for researchers with citations from the former numbering scheme.