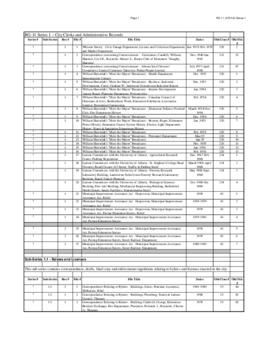 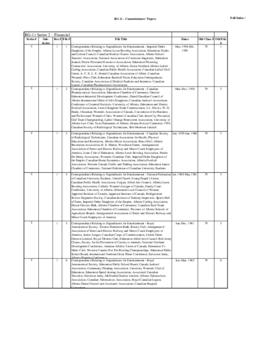 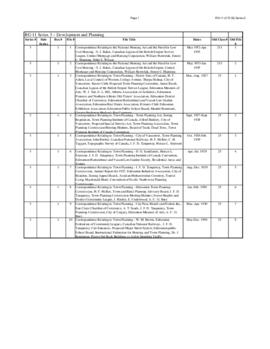 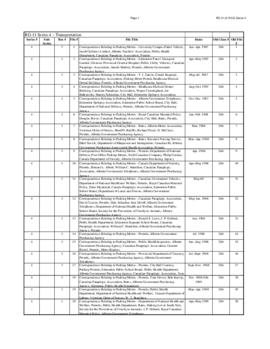 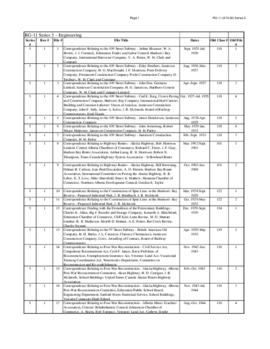 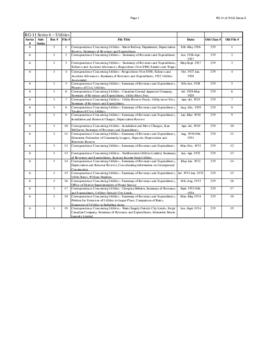 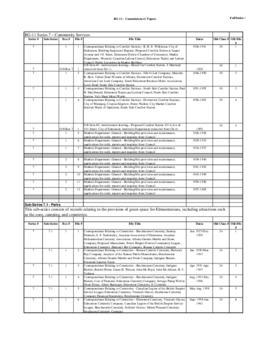 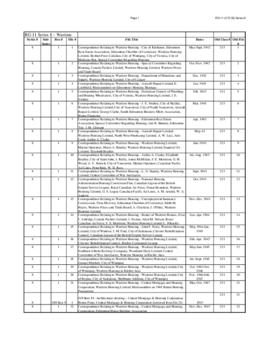 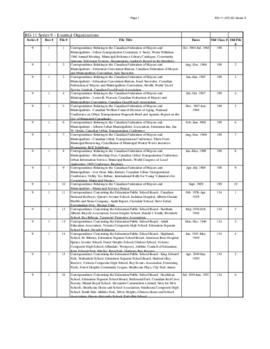 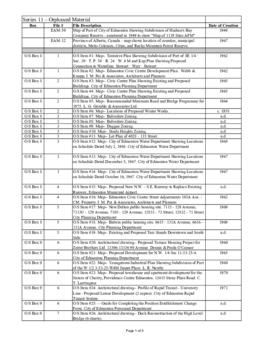 City of Edmonton. Office of the City Commissioners fonds

86.92 m of textual records and other material

From 1904 until 1983, the civic administration of the City of Edmonton was led by City Commissioners. Initially the Mayor served as the Head or Finance Commissioner, later assisted by one or more Commissioners, appointed for an indefinite period, who oversaw departments, signed contracts, hired and fired department heads and City employees and oversaw the spending of annual budgets as high as two hundred million dollars.

In 1904, when Edmonton was incorporated as a City, the newly formed City council adopted a commission system to oversee the running of the municipality. Prior to 1904, municipal administration was considered simple enough to be handled by the Town Councilors. However, due to the greater amount of time involved in the administration of the growing city and a desire for expertise in the management of public utilities, Mayor William Short advocated the creation of strong commissioners who, on good conduct, would be appointed for life. Thus, in 1904, Edmonton City Council invoked the Public Works Ordinance of 1900, which stipulated that the commissioner would have "all the powers, rights, authorities and immunities that might have been exercised or enjoyed by council" and that the council "shall have no authority in respect of such works."

To offset the complete control of civic affairs by appointed administrators, council decided to make the mayor, by virtue of his office, ex officio, one of the commissioners. Initially, the City of Edmonton appointed three commissioners, Mayor K. W. MacKenzie, who by virtue of his position sat as Chairman of the Commission Board, J. H. Hargreaves as the Commissioner for Public Works, and George J. Kinnaird as Commissioner of Finance. Over the years the number of commissioners would change (inclusive of the mayor) - ranging from a maximum of five in 1914 to a minimum of two from 1915-1919 and 1922-1934, but the responsibilities of the board remained the same, to oversee the administration of the rapidly growing city of Edmonton. From 1967 to 1983, the city also appointed a Chief Commissioner to oversee the actions of the board as the responsibilities of this position were deemed too time consuming for the mayor.

This fonds consists of materials which were collected and created by the City's Commissioners through their function of overseeing all aspects of City administration. The fonds includes correspondence with City staff, provincial and federal representatives, other municipalities, corporations, community groups and the general public. It also contains reports and financial records relating to various departments, memoranda, committee minutes, newspaper clippings, pamphlets, photos, maps, and architectural drawings.

An order has been imposed on the material. The arrangement includes 11 series and multiple subseries. The series are as follows:

The photographs have been assigned item numbers with the prefix EA-88.

Because of the City-wide scope of RG-11, all RG collections until the dissolution of the Commissioner system in 1983 are associated with RG-11.