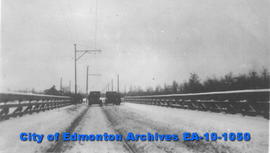 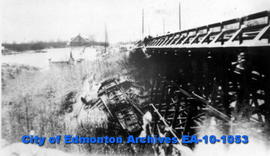 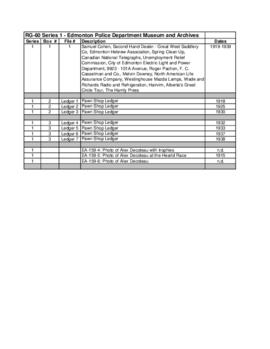 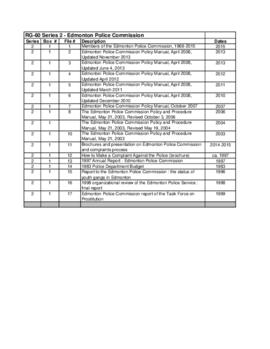 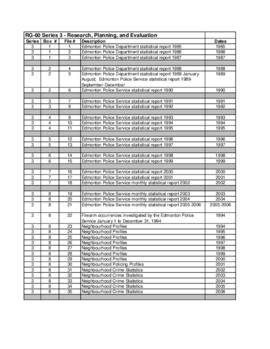 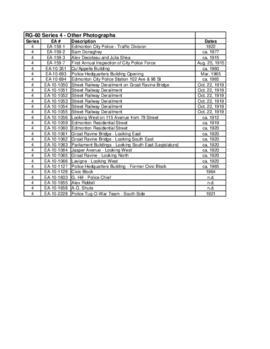 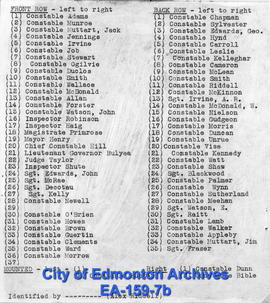 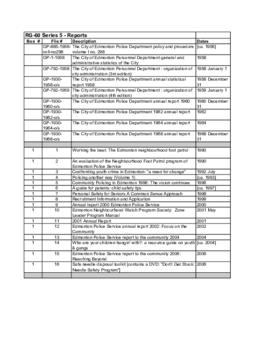 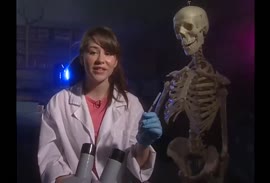 The Edmonton Police Department was established in 1892 through Bylaw 15, which provided for the appointment of special constables. This bylaw allowed the mayor to appoint constables as necessary, for a period of no more than 30 days. Prior to this, law and order in Edmonton was under the jurisdiction of the North West Mounted Police. In 1900 the position of Chief of Police was established and the department began to take on the character of a modern police force. By 1912 the Police Department had a staff of seventy-one, and by 1920 four stations were in operation. From as early as 1929 until 1954 there were two main units: Uniform Division and Detective Division. It should be noted that a particular area of interest for the Detective Division was second hand stores, the equivalent of modern day pawn shops, due to their association with property crime.

Although new initiatives have been added and existing sections rearranged or dissolved, this general administrative structure has remained.

Fonds consists of material created or collected by various sections and associated bodies of the Edmonton Police Department.

An order has been imposed on the material. The arrangement includes 5 series, which are as follows: