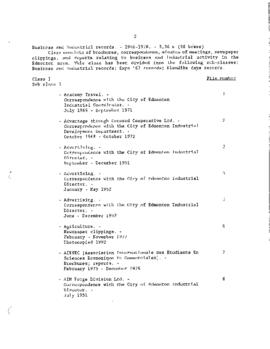 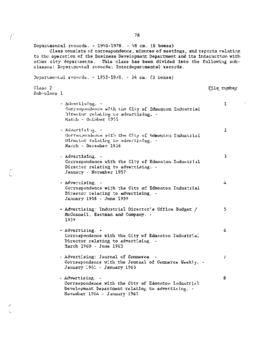 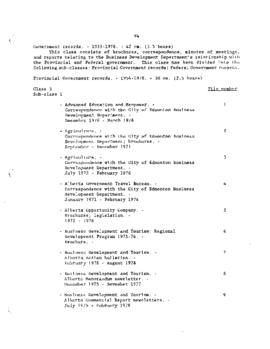 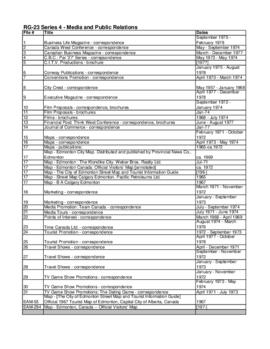 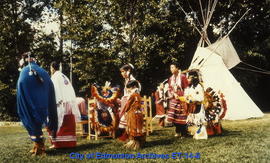 6 m of textual records and other material

The Business Development Department was dissolved in 1982 when it was replaced by the Edmonton Economic Development Authority.

This material was sent to the City of Edmonton Archives by the Business Development Department, and its successor, the Edmonton Economic Development Authority, between 1973 and 1990.

The photographs and slides were assigned item numbers with the prefix EA-340 and ET-14.