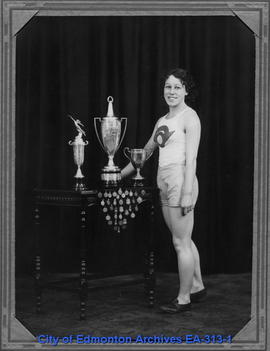 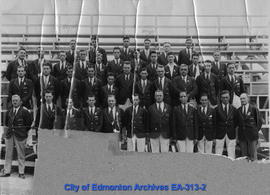 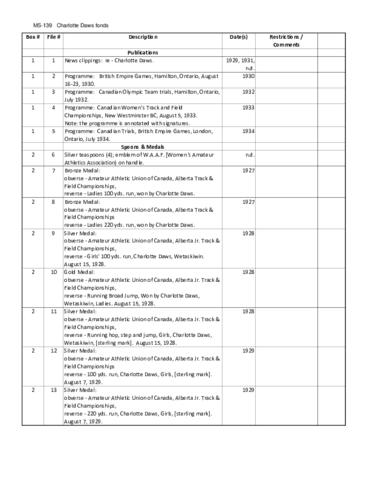 Charlotte Daws was born 28 Dec 1912 to Charolotte O’Farrell and Charles Daws in Edmonton. Her father was killed in action during World War I, where two brothers also served. Another brother served in World War II.

She was a student at McDougall Commercial High School. She competed with the McDougall track and field team, and the Edmonton Olympic club team in running (100 yard, 220 yard, 60 m., 100 m. and relay) and broad jump (running and hop, step and jump), winning numerous medals. In 1930 she was a member of the Canadian team at the first British Empire Games in Hamilton, Ontario. She broke Alberta and national records in broad jump and 220 yard run, and tied the world record in the 60 m. dash with a time of 7.35 seconds.

This fonds was donated to the City of Edmonton Archives by Charlotte Daws Nevard in 1977.

The material was arranged by the archivist by type of record and then in chronological order.
The photographs were assigned item numbers with the prefix EA-313.

The spelling of Daws was often incorrectly put as Dawes, as it is used this way in several newspaper clippings - the correct version is Daws.