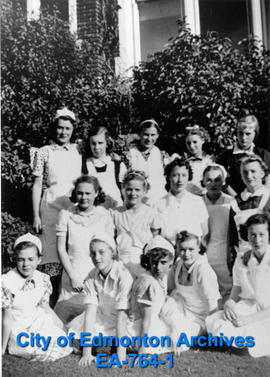 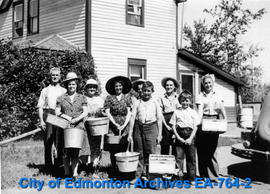 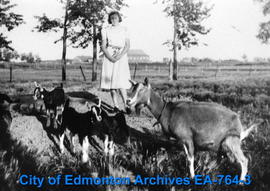 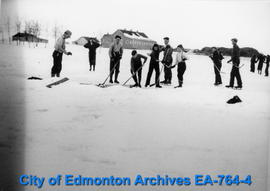 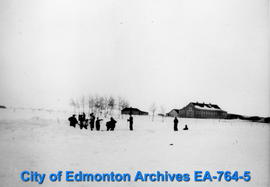 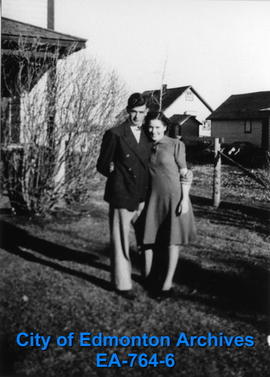 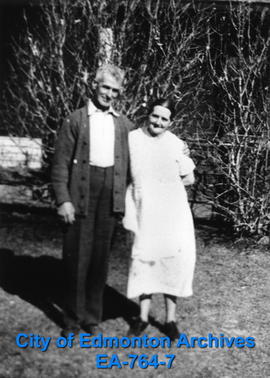 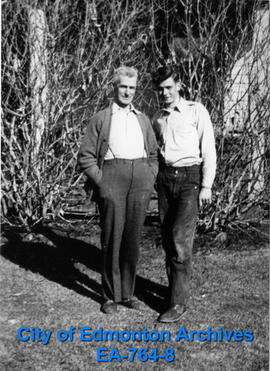 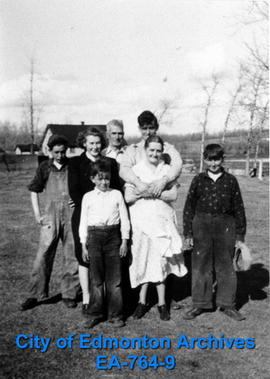 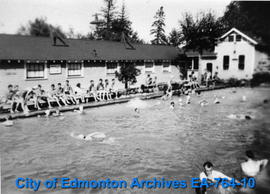 Harry Lawrence Caine was born in 1882 in Addleston, Surrey, England, and immigrated to Canada in 1901. Bertha Violet Todd was born in Huntingdon, Quebec in 1890. Bertha and Harry married in Edmonton in 1916.
Bertha and Harry had eight children: Annie (1917-1922), Harriet (1918-2015), John Todd (1920- 1995), Louella (1923-2016), James (1927-2012), Robert (Bob) (1929-2007), William (Billy) (1932-2007), and Susan (192?-?).
The Caine family owned and operated a 16 acre mink farm near Queen Elizabeth Park (by present day Kinsman Field House) in the early 1900s. As the residential area developed and Harry Caine added fox to the farm, the residents began to complain and the Caines were forced to move south of the City limits around 1929. The new farm, located in Pleasantview near the present day Southgate Mall was a mink and fox farm. The Caines also operated a seven acre market garden where they grew raspberries, currents, asparagus, potatoes, carrots, and turnips, as well as a variety of fruit trees such as plum, and nut trees such as beechnut and butternut.
Bertha Todd Caine died in 1943 and Harry Caine died in 1974.
The Caine family began selling off their farm land in 1945 as Edmonton expanded and the Pleasantview neighbourhood developed. Caine Memorial Park (5420 – 106 Street) was named after John Todd Caine, and is located in the former site of the Harry L. Caine Market Garden.

This photo album was given to Susan Caine by Bob Caine in 1938, and Susan subsequently filled it with photographs. Bob Caine inherited the album from his sister after her death.

This fonds was donated to the City of Edmonton Archives by Bob Caine in 2001.

The material was arranged according to the filing system of the creator. The photographs were assigned item numbers with the prefix EA-764.