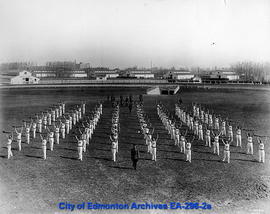 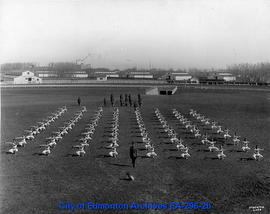 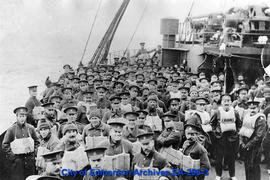 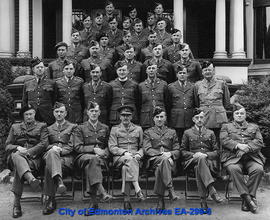 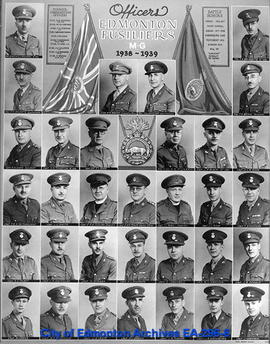 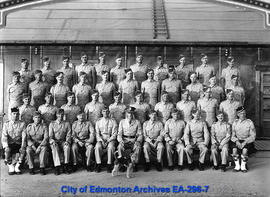 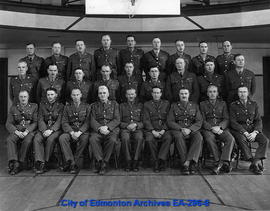 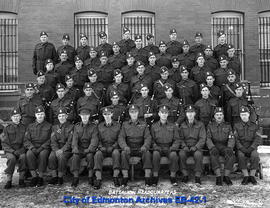 John Chorley was born in 1879 in South Wales to Elizabeth Winter* and William Chorley. He married Alice Bailey ca. 1900 in Wales and they had two children, Archibald (born 1902) and Dorothy (born 1903). John emigrated to Canada ca. 1910 or 1911 and his wife and children arrived in June of 1911. The family settled in Edmonton, AB where John worked as a tinsmith.
The 51st Battalion, C.E.F., was authorized in November 1914. John enlisted on 15 Feb 1915 as a Private (Regimental No. 436903). The battalion trained in Edmonton at the Edmonton Exhibition grounds and the Drill Hall (now known as the Prince of Wales Armouries Heritage Centre). On Victoria Day (May 1915) a military parade of the 51st Battalion was held at Victoria Park (between approximately what is now the Royal Glenora Club and the Victoria Golf Course). The 51st Battalion, CEF, embarked for Great Britain on 1 April 1916. At some point during the war John was injured and returned to Edmonton ca. 1920 or 1921. He worked as a Customs examining officer. John died suddenly on 16 June 1922 due to a heart attack that was secondarily attributed to injuries sustained in the war. He is buried in the Edmonton Cemetery.

Thomas George Brown was born in 1897 in Cardiff, Wales to Alice Winter* and Edward Brown. At the age of 13, he emigrated to Canada in 1911 with his parents and siblings (Edward, Alice, William, Lillian and John). In November 1914, he enlisted with the Alberta Dragoons then transferred to the 138th Battalion, C.E.F., in late 1915 (Regimental No. 811170). In August 1916, he went overseas with the 138th Battalion as a signaler. In December 1916 he transferred to the 28th Battalion, serving in France until he was wounded in May 1918. Thomas returned to Edmonton.
He married Mildred Gwendolyn Henshall in 1920 and they had two daughters, Mildred (born 1921) and Dorothy (born 1928). Thomas was the Manager at the Edmonton Journal. He also remained active in the military
In 1922 Col. Brown joined the 1st Battalion Edmonton Fusiliers as a signals officer. He attended Royal Military School in Esquimalt, B.C. in 1927 and then qualified as a Major. In 1930, he took command of the Fusiliers. From 1935-1939 he was a Paymaster with Fusiliers. At the outbreak of war, he resigned his non-combatant commission and was placed in command of a company. From August to December 1943 he served with the South Saskatchewan Regiment in Britain. In January 1944, Major Brown rejoined the Fusiliers. He was promoted to Lt. Col. T.G. Brown, E.D. in December 1944 and made Commanding Officer of the 1st Battalion Edmonton Fusiliers.
In 1946 he returned to the Edmonton Journal as business manager. Thomas and his wife Gwendolyn retired to White Rock, B.C. in 1960. Gwedolyn died in 1963. Thomas remained in White Rock, B.C. until his death in 1975.

Joseph Chorley was born in 1900 in Wales to Elizabeth Winter and William Chorley. He emigrated to Canada settling in Edmonton, AB, working as a bookkeeper. He is the youngest brother of John Chorley and first cousin to Thomas G. Brown.

This fonds was donated to the City of Edmonton Archives by Catherine Chorley in 1976 and 1993.

The material was arranged by the archivist in chronological order.
The photographs were assigned item numbers with the prefix EA-296 and EB-42.