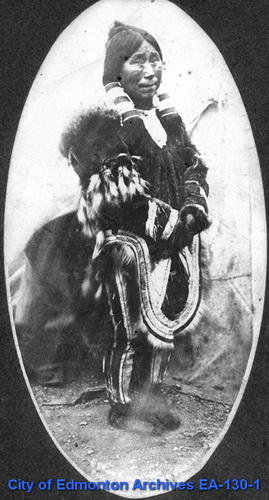 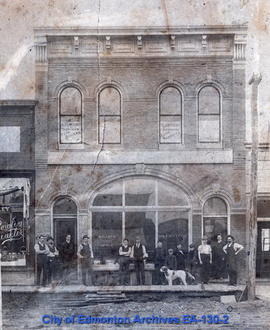 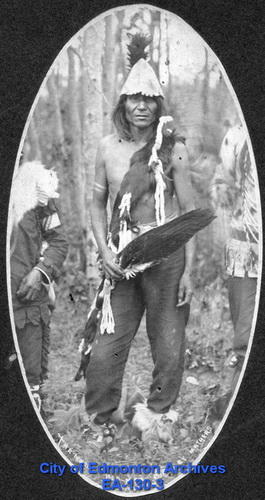 Alfred Henry Haines was born in 1864 to Margaret and Robert Haines in Ontario. Alfred married Isabella Catherine (‘Bella’) Buchanan 26 Feb 1890 in Middlesex County, Ontario. By 1894 the couple had moved to Edmonton where Albert worked at the Edmonton Bulletin.
Alfred and Isabella would have eight children, Pearl, Lillie, Amelia Gertrude, Lois, Alice, Alexander, Kenneth and Harry, with the first four children born in Edmonton.
The family remained in Edmonton from 1894 to 1903. He worked at the Edmonton Bulletin during that time. He then moved to Port Huron, Michigan and finally settled in Sarnia, Ontario, where Albert continued to work as a printer.
Alfred Henry Haines died 30 Jan 1953 in Sarnia. Isabella Buchanan Haines died 27 Jun 1959 in Sarnia. They are buried at the Lakeview Cemetery in Sarnia, Ontario.

This collection was donated to the City of Edmonton Archives by Mrs. Gilbert S. Johnston in 1971.

The material was arranged according to the filing system of the creator.
The photographs were assigned item numbers with the prefix EA-130.