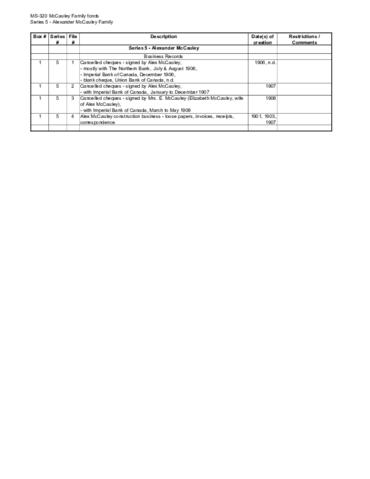 Alexander McCauley died 15 May 1908 in Edmonton after a three month illness.

It is not known how Lorne Koznak acquired the records.

This series was donated to the City of Edmonton Archives by Lorne Koznak in 1991.