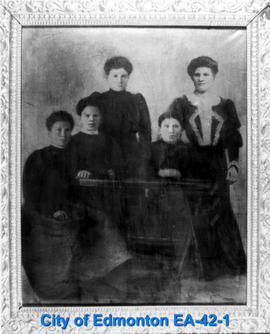 This fonds was donated to the City of Edmonton Archives by Albert Marshall in 1968.

The photograph was assigned item numbers with the prefix EA-42.