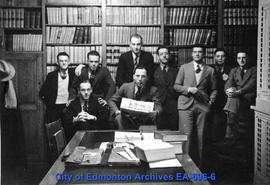 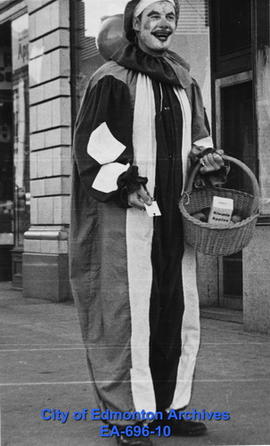 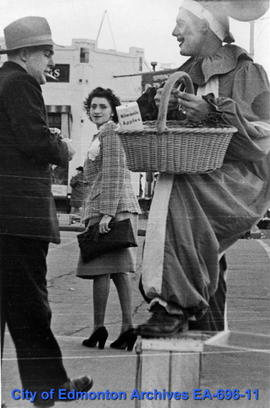 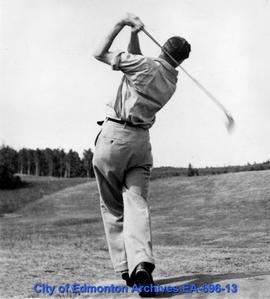 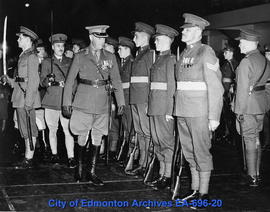 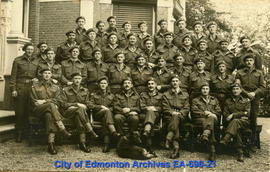 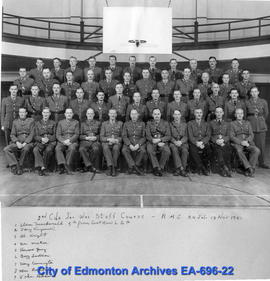 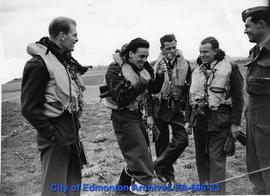 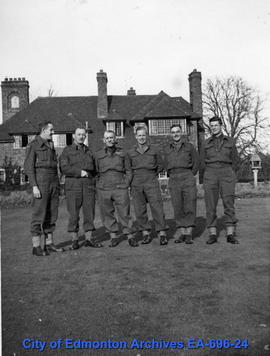 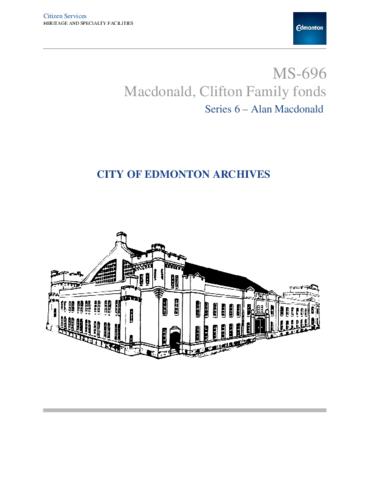 Alan Fraser Macdonald was born 24 Jul 1913 to Therese Fraser Holland and John Kenneth Macdonald in Edmonton. Alan was involved in theatre in high school, Edmonton amateur theatre companies, and University of Alberta drama clubs, where he received an acting award in 1935. He graduated with a law degree in 1937, and joined the City of Edmonton's legal department in 1938.

Alan met Mickey Clifton in 1937 while they were preparing for the play 'And So To Bed' for the Edmonton Little Theatre's 1937/1938 season. They performed together for the first time in 'Ali Baba and the Forty Thieves' in Feb 1938.

Mickey Clifton and Alan Macdonald were married 17 Feb 1939 in Edmonton.

When the Second World War broke out, Alan Macdonald served as an officer with the Loyal Edmonton Regiment, and in staff positions in England, Italy and Northwest Europe. He was awarded the Order of the British Empire (Officer) in recognition of his “gallant and distinguished service in Italy”.

In 1945 Alan returned to Edmonton, along with his wife Mickey, who had been acting on Broadway. Alan and Mickey had two children – Brian and Marna.

Alan rejoined the City of Edmonton's law department. He became City Solicitor in 1956. Alan also continued his association with the Loyal Edmonton Regiment, taking command from 1950 to 1952. In addition to a renewed role with local amateur theatre, he was also active with a number of local community organizations, such as the Provincial Drama Board, Royal Alexandra Hospital Board, 49th Battalion Loyal Edmonton Regiment Association, Montgomery Branch of the Canadian Legion, Downtown Kiwanis Club and the Edmonton Boys' Club.

Alan retired in 1973 and, shortly after, he and Mickey moved to Victoria, British Columbia. In the early 1980’s, while coping with a second diagnosis of cancer, Alan became a strong vocal advocate for cancer research, alternative treatments, and hospices.

The material was arranged by the archivist by subject and then by date.